Mass Timber Could Change the Building Industry for the Better 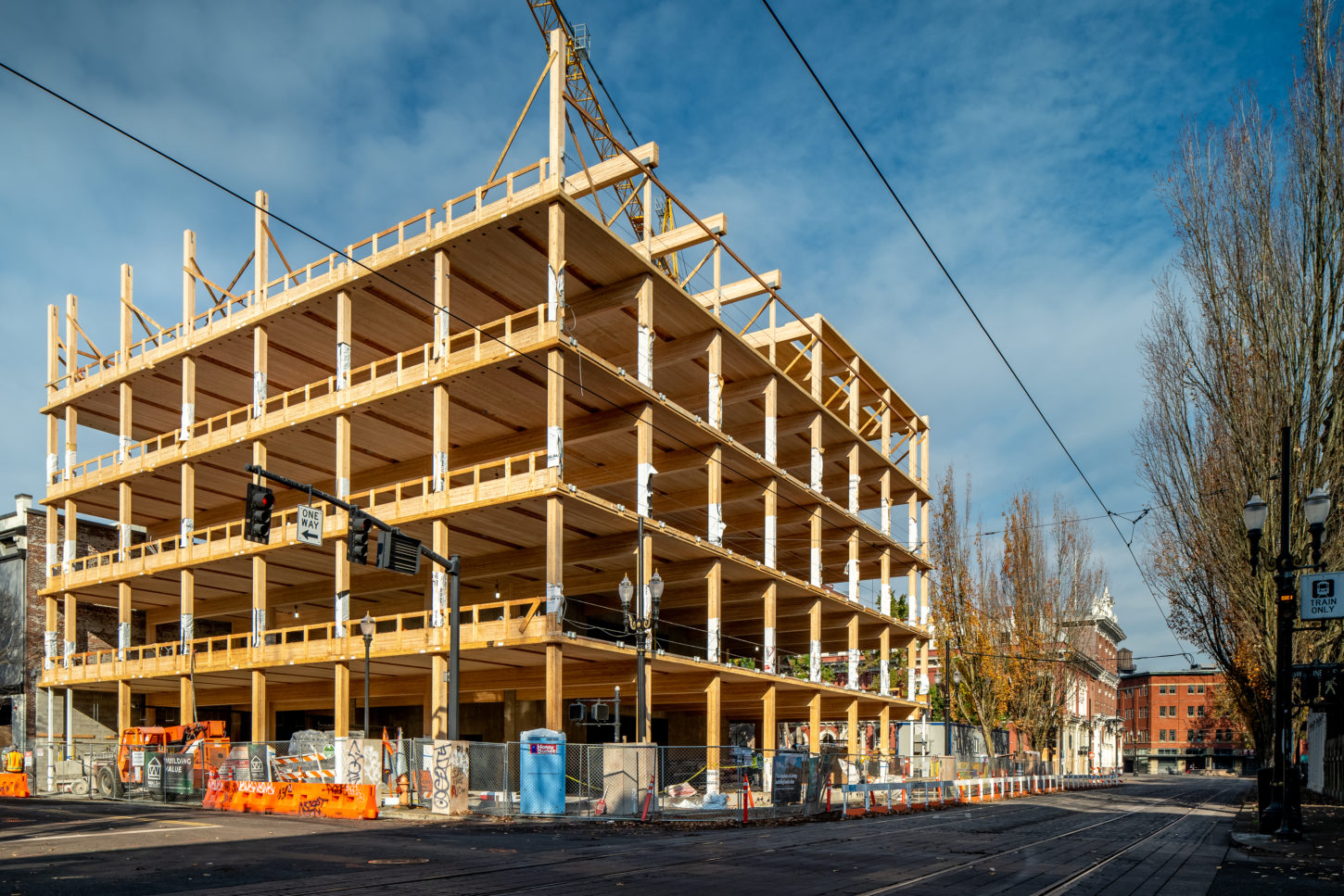 As populations continue to grow and climate change hits critical levels, finding eco-friendly materials for building new homes in Surrey is essential to the environment and future of the city.

Mass timber is quickly becoming one of the most favourable building materials in the housing construction industry. This cost effective and versatile natural material is changing the building industry for the better.

What is Mass Timber?

Mass timber is a form of engineered panels made by compressing thick layers of wood together to create a solid, load bearing, structurally stable and natural building material. Mass timber can be made quickly and cut into specific shapes and sizes to fit into any building design.

Mass timber has been tested and proven to withstand seismic events, severe storms and other weather systems. It is also far more fire resistant than traditional wood planks.

Mass timber was first introduced to the building industry in Austria in the early 1990s. Europe and Canada started using mass timber in the late 2000s. As building codes change, mass timber panels are being used for larger, multi-level buildings such as new condos in Coquitlam as well as single family homes.

There are four types of mass timber:

Cross laminated timber is the most common type of mass timber. It is made by joining wood planks together with a strong adhesive at perpendicular angles. The angling of the wood makes the planks more stable. This type is commonly used to build floors, walls, and roofs in new homes in Coquitlam

Glue-laminated timber is made by joining wooden planks together with a waterproof adhesive. The boards are aligned so each board faces the same direction. This type of mass timber is commonly used to build columns and beams.

Using mass timber in new home construction projects has many benefits. As a natural and sustainable material, the wood used to make mass timber planks is grown and replenished so the resource will never be depleted.

Mass timber is made and cut into specific sizes and shapes using innovative technology so there is almost no waste in building projects. Mass timber planks are also a versatile material that can be used for a variety of projects and spaces. Leftover pieces can be repurposed into other products or recycled further reducing any potential waste.

It takes less energy and water to make mass timber planks than it does to make concrete or steel beams so using mass timber in new home building projects leaves a smaller carbon footprint. It is also easier to transport mass timber so less energy is needed.

Mass timber wooden planks are easier to work with, so homes are built faster than construction projects made with steel and concrete. This helps the environment because less energy is needed to build new condos in Coquitlam.

Another benefit to using mass timber is that wood naturally absorbs carbon so not only does using this material lower carbon emissions during the home construction project, but the engineered wood planks also further reduce carbon in the air by absorbing the gas. This combined benefit of using mass timber in your new home building project significantly improves the air quality in and around the city.

On average, mass timber planks last 25 to 50 years in commercial buildings and 50 to 100 years in single family home construction. Because it lasts so long, less materials are needed to replace the wooden planks.

Once mass timber reaches the end of its lifespan, it can be recycled and reused so the material does not go to waste in a landfill.

Using mass timber in new home and condo projects in Surrey is changing the construction industry for the better.

In Idaho, a Reliable Pest Control Company is Within Reach

Check Out These Florida Cities when You’re Preparing to Retire

How to Find The Best Mirror Wood Frame