Technologies That Will Power The Future World 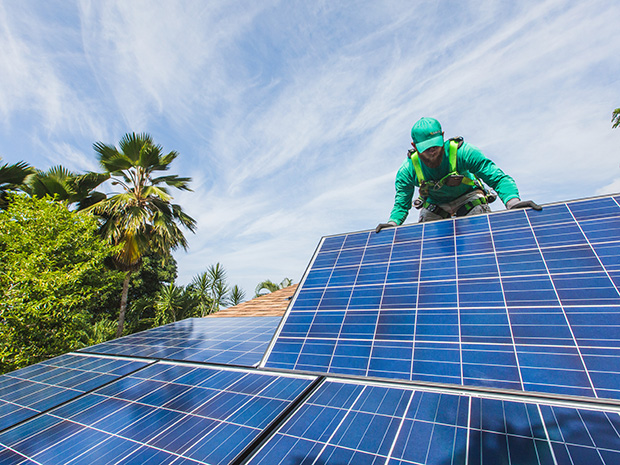 Our world needs cleaner energy, and as we grow in population and development, we’ll need much more of it. We must transition from burning fossil fuels, and some technologies can provide our world with the energy it will need in the coming decades.

Solar technology is not new and has been with us since the 1950s. What is new is the increasing innovation and the lowering of prices of solar panels. Solar companies are now providing solar panels in places other than all year round sun-drenched deserts. However, since solar generates electricity best when the Sun is out and strong, improved storage, such as batteries, has continuously been innovated and improved. Solar can and probably will play in the future energy needs of our planet as it is doing now, but we will require other energy sources too.

At the moment, nuclear reactors around the world use nuclear fission to heat water, turn turbines, and generate electricity. Fission is the process of atoms splitting apart; this creates tremendous amounts of energy which, through the method mentioned above, is transformed into usable power.

At the moment, only France and India are fully committed to nuclear power provided by fission. An astonishing 75% of the electric power used in France is generated by nuclear fission. Not only is it safe with no significant accidents on record in France, but it is also a source of energy that doesn’t pollute the environment. It does not emit harmful gases into the air. It does generate nuclear waste that has to be stored safely and will take years to become safe for release into the environment, but we have the technology to contain this waste.

This option is the holy grail solution for the Earth’s increasing energy needs. If we were to crack the fusion problem, we would have an unlimited supply of clean energy that could power any application on Earth forever. Energy would become as readily available as the air we breathe. It would create waste that would decay much quicker than that generated from fission. The nature of how nuclear fusion works would also mean that if the plant failed, there would be danger of a meltdown and disaster, as we saw in Chernobyl and Fukushima. There would just be nothing, no energy production, but also no lives lost or catastrophic environmental disaster.

Nuclear fusion is the process of fusing atoms under intense pressure and heat. Fusion is what happens in the core of suns, as immense gravity puts unimaginable pressure on atoms to fuse. To create nuclear fusion on Earth is in effect, to create a mini sun on Earth, or at the least the conditions found in the Sun.

Amazingly, this has already been done in many locations and can be repeated. However, the problem lies in efficiency. At the moment, the amount of energy we need to use to create a nuclear fusion far outstrips the power we get out of it, defeating the purpose of the experiment. But since we can theoretically and practically do it, scientists and engineers have been working on bigger, more efficient plants that they hope will eventually lead to the solving of the world’s energy requirements with an unlimited over-abundance of clean energy.

How to Improve Your Home for Better Self-care

Vacant Acreages for sale in Canada

What happens after a survey on a house?

Facts and tips for buying a house in Texas

A Successful Open House is Accessibly Staged (and Advertised)

How Much Does Foundation Repair Cost in Fort Wayne, IN?

What Are the Best Ways To Promote Yourself as a Real…